Another Round!
A Tourism Conference Review
Savoring the Journey—The Arabian Travel Market

Throughout my career I’ve been torn between wanting to better the world or just relax and savor it—a conflict which can make it hard to plan my day. But if I forget to savor the world, what possible reason could I have to change it? I realized that savoring must come first. My first overseas flight in over a year, I decided to savour it. Two weeks ago, I went to the Arabian Travel Market (ATM) in Dubai, the gateway between old and new and the legendary home of hospitality. Returning to one of my favorite global events, the ATM  provides attendees and exhibitors endless opportunities on a world-class stage. 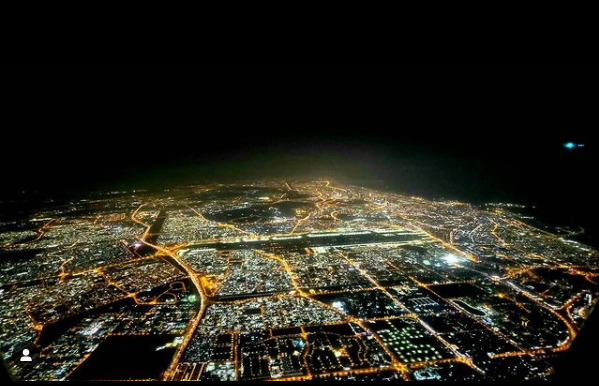 I have to admit I had some trepidation about my first overseas journey in eighteen months. My original flights had been canceled, changed, and rebooked many times in the lead-up to the journey. I was required to get Covid-PCR and antigen tests within 72 hours of the flight, and I was nervous that I did something wrong. Life prior to Covid was so much easier -- book the flight—grab your passport—you’re off. Now there are tests, vax cards, a legal document saying you aren’t sick, and temperature checks before boarding. British Air had canceled all flights to Dubai and I was rescheduled on Qatar. This was quite a blessing as the plane had fewer passengers and I was upgraded to a private Q-suite for one of the most comfortable journeys I’ve ever had. I love long flights on wide-body aircraft, and this was an experience I would not be able to afford under normal circumstances. Upon landing, none of the aforementioned paperwork was required outside of my passport (what?). I received yet another Covid test prior to leaving the building and I was finally set free to enjoy Dubai. While difficult, there are certainly advantages to traveling overseas where you can right now.

I really didn’t know what to expect as the ATM was the first global travel event to commence since the World Travel MarketLondon in November 2019. The world has become a much different place since then. I was very nervous. Had everything changed while we were apart? Would an audience a world away remember me or care about viewpoints from the US given the damage the industry has taken over the past eighteen months?

What I did know was that I needed to be there. I needed to see that our beloved industry was going to recover from this plague. I put on my suit, draped the lanyard around my neck, took a deep breath, and began to put one foot in front of the other across the bright green carpet that lined the pavilions. 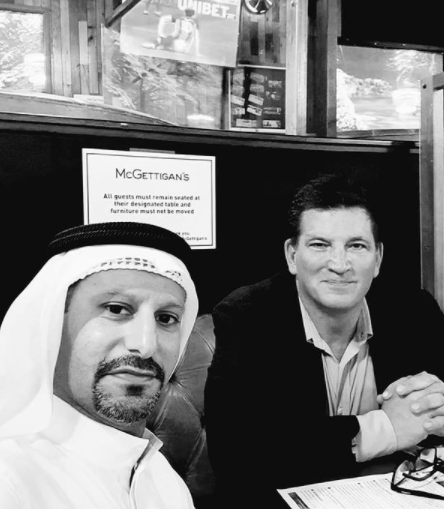 Day One of the conference opened smaller in scope than its previous incarnations. Just a guess, but it was roughly two-thirds the size of a normal ATM. Touchless registration was on hand and the industry crowds that normally jam the aisles were sparse at best. As people entered the exhibit halls they looked as though they were setting foot on a strange planet but soon found their comfort zones and began to move about and interact with exhibitors. Dubai was still under a number of different mandates, including masks and distancing, so attendees were constantly trying to gauge  the comfort levels of others. Depending on where people were from internationally, some preferred fist bumps while others were back to traditional handshakes. By Day Three of the conference, people were comfortable moving, interacting, and attending sessions. The conference aisles were bustling and business was proceeding. One key benefit to less attendees: there was much better access to key decision makers. Exhibitors had a lot of empty appointments which they needed to fill, and I made sure to help them out.

What I’m Excited About

Gone were the grand openings and lavish parties of the past. I fully expect those things to return, but being the first global conference to return meant they needed to get one thing right: safely pull off a global travel conference with thousands of attendees. To the credit of the Dubai Government, they did just that. At most conferences I am generally excited about reconnecting with friends and colleagues from the travel industry. My excitement for ATM was much simpler in scope: it was about reconnecting with the industry itself. Simply seeing the lavish trade stands of global products and destinations reassured me that our engine is restarting and we will navigate out of this to an industry that is a better version of itself.

“At the end of the day, connecting with people is what drives this industry. The lack of travel has created an emotional deficit in people that they are desperate to refill.”

Drop us a line